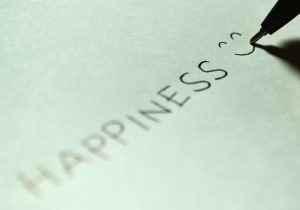 Academics at the London School of Economics want to ‘revolutionise how we think about human priorities’ after conducting research which found that factors such as mental health and failed relationships play a greater role in human unhappiness than economic issues.

The research, entitled ‘the origins of happiness’, revealed that by eliminating depression and anxiety, human misery would be reduced by almost 20% compared to the 5% reduction that eliminating poverty would produce.

Lord Richard Layard, who led the research – which looked at the most effective ways to promote wellbeing and reduce misery – commented: ‘the evidence shows that the things that matter most for our happiness and for our misery are our social relationships and our mental and physical health.’

On the basis of the research, which is categorised as the “new burgeoning science of ‘subjective wellbeing’”, the group wants to instigate a change in thinking from the very top. They want governments to prioritise wellbeing and use this world-leading study to provide grounds to measure it. And they want that to happen immediately, given that mental health is now proven to be such an overarching factor in unhappiness.

Why a change in mindset is needed

For decades the emphasis has been placed on successfully tackling economic issues such as education and poverty – and issues such as those, as important as they are, rank lower in determining people’s happiness, according to the research. Over the past forty years, enjoyment levels have stayed the same in Australia, Germany, the US and the UK despite the standards of living increasing.

According to the academics, problems such as domestic violence, alcoholism, depression and anxiety conditions, exam-induced mental health conditions and isolation should take a place at the top of agendas and policy-making. And governments should switch to measuring the success of their term in office on wellbeing benchmarks, with Layard going as far as demanding that the state take on a new role: wellbeing creation instead of wealth creation.